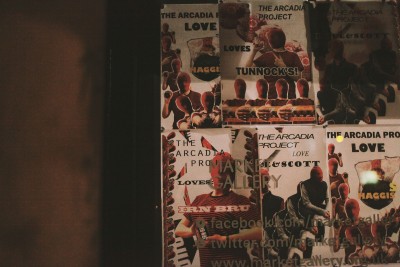 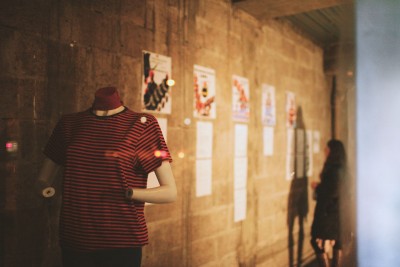 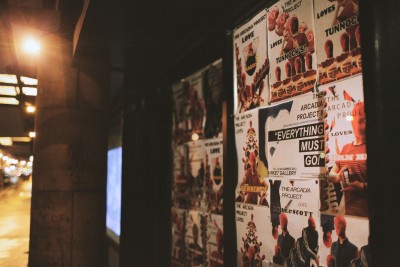 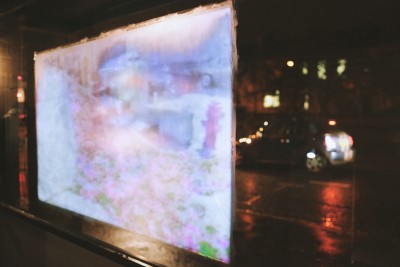 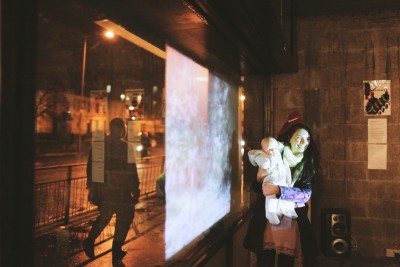 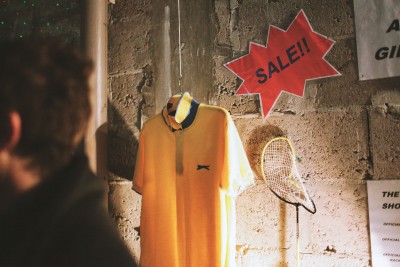 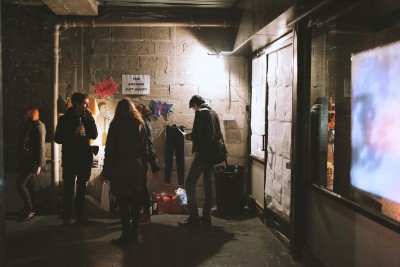 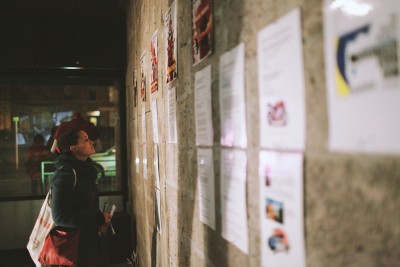 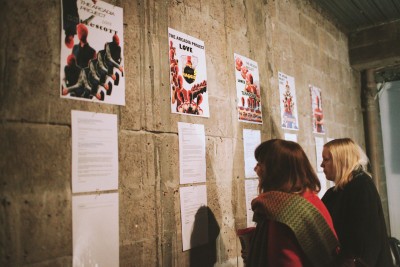 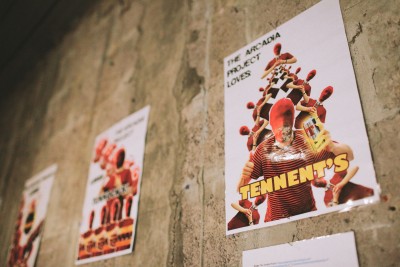 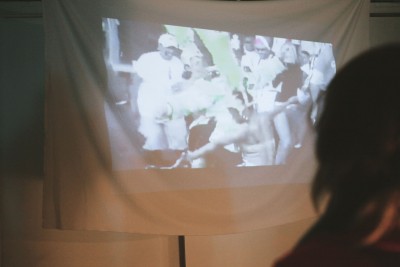 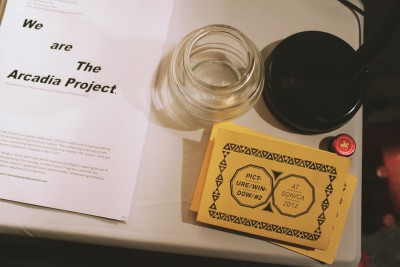 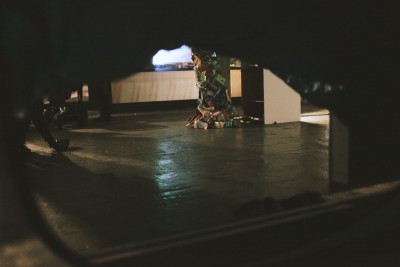 The Arcadia Project II revisited the concept of a fictionalised anarchist group as a framing-device in order to comment on the inherent contradictions of commerce, shopping and capitalism.

The exhibitors installed an ‘Arcadia Store’ in the Market Gallery in Glasgow, where shoppers were enticed inside in order to purchase the anarchist ‘outfit’ and objects used in the previous exhibition at inflated prices. Once inside, the consumer was confronted with the absurd language and logic of capitalism, shown through video projections of both the sexual grammar of advertising and the collective drive towards consumption using a montage of positive and negative examples of crowd and collective mentality.

Posters on the wall (which were also for sale) displayed the Arcadia Project endorsing various Scottish products, while email correspondence elucidated their failed attempts to convince Iron Bru and Tunnocks among others to employ their ‘bespoke’ marketing campaigns. Shoppers were encouraged to contribute to a statue of trash, modelled on the Statue of Liberty, whilst also being harangued into buying merchandise.