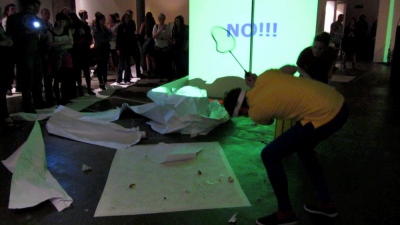 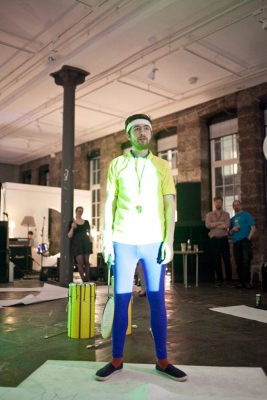 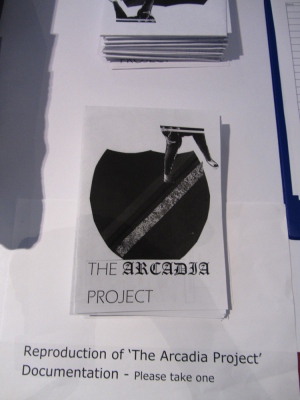 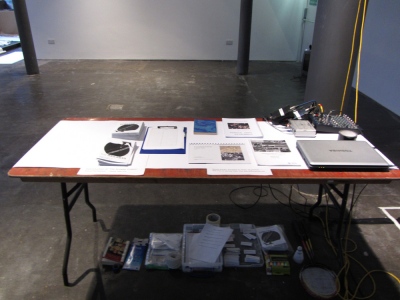 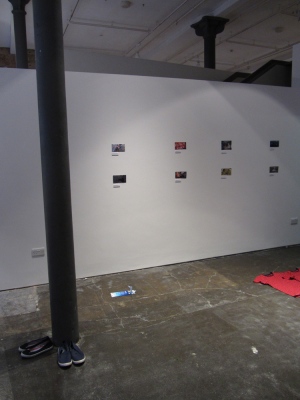 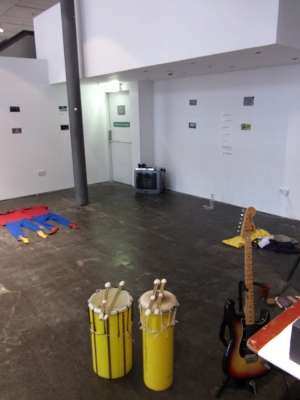 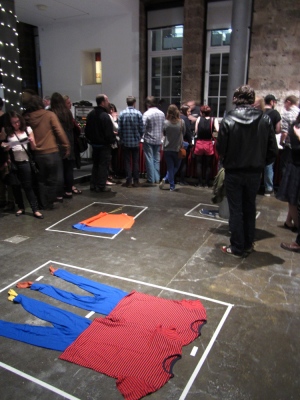 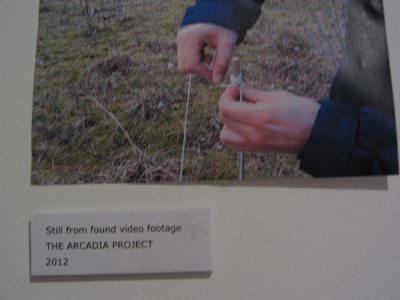 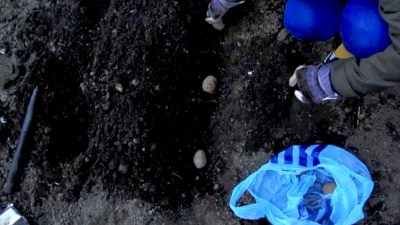 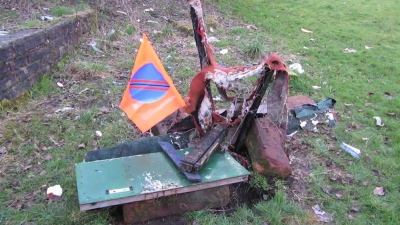 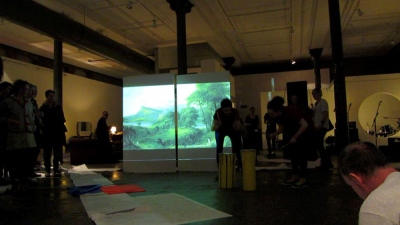 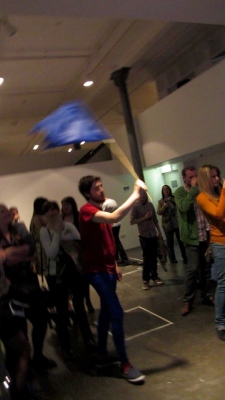 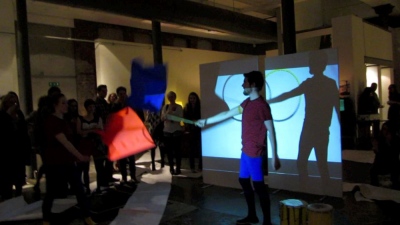 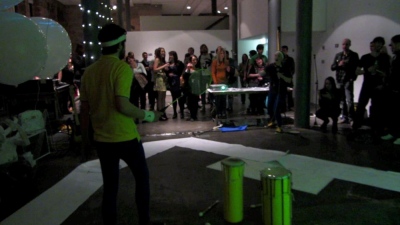 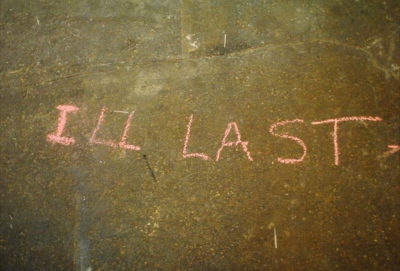 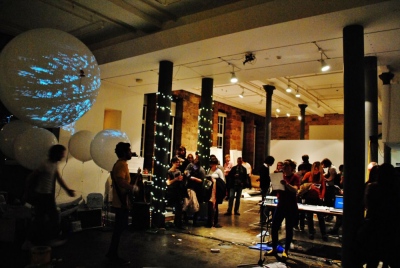 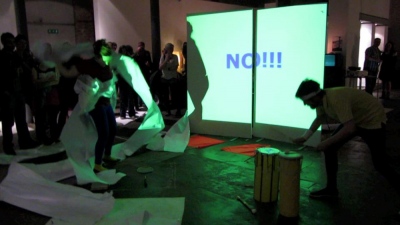 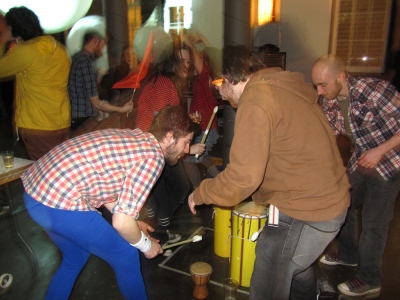 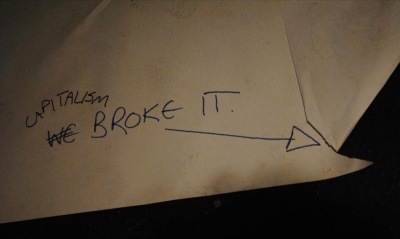 The Arcadia Project I engaged with the current political and social implications of land use in Scotland, and more abstractly the ways in which space can be used and conceived individually and collectively.

The initial basis of the work involved the supposed ‘discovery’ and exhibition of a number of artefacts and archive footage of a reclusive, apparently disbanded, anarchist group known as ‘The Arcadia Project’.

During the course of a single performance night, artists installed an exhibition of the groups’ ‘works’, which took the form of video footage of the groups’ actions and the various equipment, uniforms, and objects displayed throughout the space in a process that was itself on the part of the exhibitors an act of space making. The activities displayed in the exhibition showed ‘the group’ in their process of radical space-making: installing badminton courts, bricolage sculpture, golf courses, and guerrilla gardens on commons land throughout Glasgow. Accompanying documentation provided details of the actual location of these landscape interventions, should visitors ever wish to see them.

The exhibitors then donned the costumes and guises of ‘The Arcadia Project’, to create a performance in the space: waving flags, playing badminton, and performing a rendition of ‘The Ballad of Joe Hill’ in an act intended to inhabit and take over the space, drawing up a spirit of radical activism that the audience/visitors were encouraged to participate in.