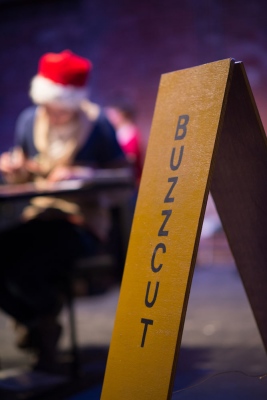 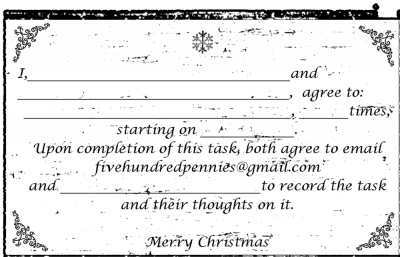 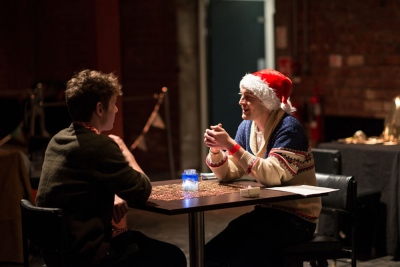 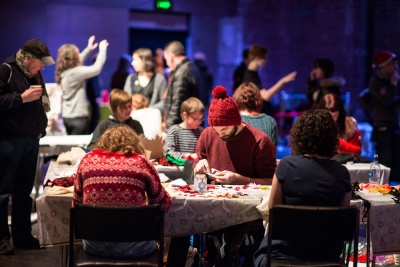 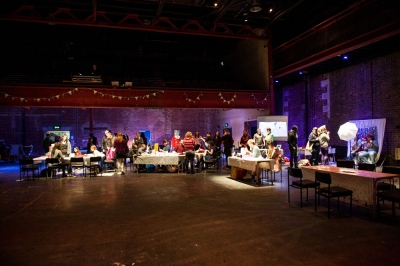 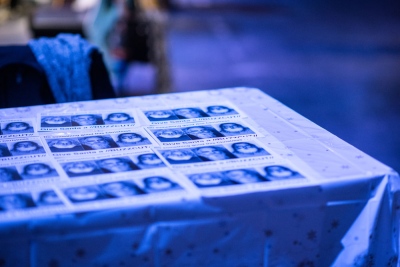 500 pennies were laid out on the table. Each one with a small sticker on it (face down) with a number.

It became clear during the discussion that economic value was distinct from perceived worth – and this was emphasised in the second part of the performance: each of the 500 pennies on the table was numbered, and each number corresponded to a unique task. The pair agreed to complete the selected task a set number of times based on the perceived value of the exchange between performer and participant; after signing a contract each agreed to email the other when the task was completed.